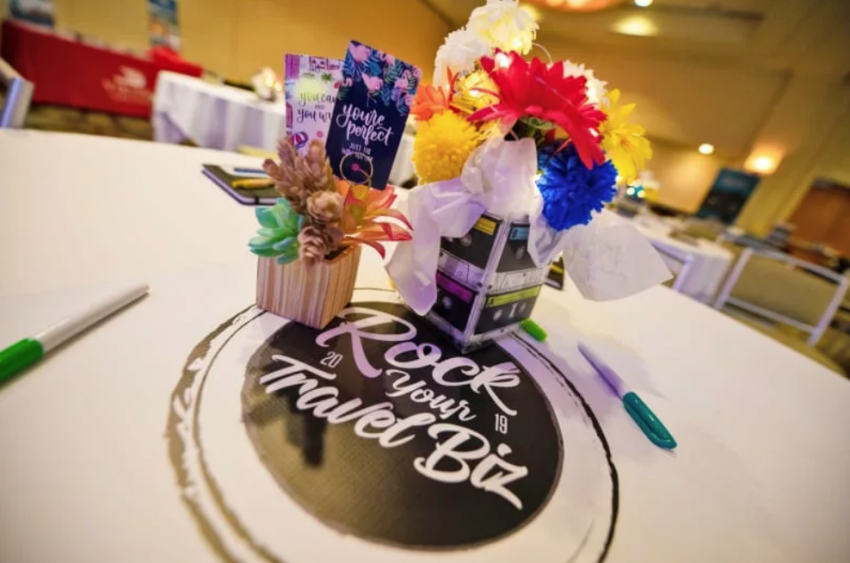 We’ve completed their first stop of five for Rock Your Travel Biz [RYTB on March 2nd  in Atlanta, GA. This is the second time we’ve hosted our RYTB regional conferences as well picked Atlanta as a stop. The conference sold out with over 50 TPI agents and featured 23 suppliers!

“This is a roll-up-your-sleeves, transparent conversation where agents and suppliers alike can grow their business together,” said Jenn Lee, VP of Sales and Marketing. “We want every agent to realize that success and long-term profitability comes from building a business, instead of just boosting a bank account.”

Previously a two-day conference, we rebuilt RYTB as a one-day conference geared towards cementing best business-building practices. This year’s topics include ensuring profitability, understanding insurance and how to add it on, and leveraging promotions and incentives to close the deal. Lee and Valerie Gossett, TPI Platinum agent, and owner of Premier Resources Travel Group, presented on the latter subject.

“[RYTB] is a day full of information for agents at all levels,” said Gossett. “Many of the agents came up to me after the presentation saying they took pages of notes and were [excited] to implement some of the items immediately!”

“This year’s [RYTB] seemed a lot more intimate and solution-focused,” said Ta-Tanisha Thomas, TPI agent, owner of Officially Crowned Travel, and 2017 RYTB attendee. “I enjoyed the sessions when we were able to ask questions and learn from the other agents at our table. [It] was powered by our own experiences, which made it more relatable.”

The day previous, Delta Vacations offered an exclusive training event for 25+ TPI agents at Delta Headquarters. In true TPI fashion, we hosted a networking cocktail hour for attending staff, agents, and TPI-Preferred Suppliers later that evening. On the actual conference day, reps from Carnival Cruise Line, Royal Caribbean, OneALG, CSA Generali, and AIG Travel Guard took the stage and shared their knowledge and best advice on scaling a business. However, there were over 20 TPI-Preferred Suppliers at RYTB with booths set up. Nine of them participated in giveaways for the attending agents.

“The [training] with Delta was a highlight. The networking event TPI hosted was also a great opportunity to put a face to BDMs you’ve been [emailing],” said Thomas. “Most immediately, I’ve successfully sold insurance add-on’s which is directly correlated to the session CSA and AIG Travel Guard held during the conference.”

During the Atlanta stop, Lee announced a contest where TPI agents could enter the chance to win an all-expenses-paid trip to TPI Rocks for donating to Tourism Cares, our 2019 Signature Charity. The goal is to raise $15,000 by June 16th.

“Our agents love a good challenge, and they’re just as passionate as we are about preserving the destinations our jobs so heavily rely on,” said Lee. “Raising $15,000 for Tourism Cares will be a piece of cake for them.”

How do you get yourself noticed?  Can you create graphics?  What should you say or…

Months of planning have come and went. Last week, we held our fourth annual TPI…