More and more, independent travel agencies are focusing on vacations that are unusual, off the beaten track or something that you just don’t see every day. While some travelers want to spend their time off relaxing on the beach, there is definitely something to be said for a city vacation.

Destinations like London, New York, Chicago and Tokyo are metropolises full of excitement, non-stop action, incredible cuisine and a long list of attractions.

Whether you are a traveler looking for the next getaway or an agent with one of the many international travel agencies, give some thought to Hong Kong as the ultimate city vacation.

Easy To Get To

Although some people still think of Hong Kong as a far-off destination in the heart of Asia, the reality is that the global city is incredibly easy to get to.

The Hong Kong International Airport is repeatedly ranked as one of the best international airports in the entire world, and it boasts direct flights to Africa, North America, Europe and countless destinations within Asia.

Melting Pot of East and West 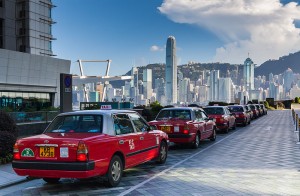 What makes Hong Kong such a unique destination is its heritage. Technically part of China, Hong Kong is a completely different world. It was governed by the British Government until 1997, so speaking English is all it takes to get around.

You’ll find ancient temples just a short walk from colonial buildings in this brilliant mixture of East and West. Just a few of the most historically significant attractions in the city include Victoria Peak, Wong Tai Sin Temple, the Big Buddha on Lantau Island, the banyan trees of Lam Tsuen and the Government House, which was home to more than 25 different British colonial governors over time.

For foodies, it is impossible to imagine a better place to dine than Hong Kong. Independent travel agencies can capitalize on this fact by creating food-based tours and adventures that start or end in Hong Kong, which can draw in a cultured crowd of travelers eager to try new cuisines and expand their culinary palettes.

One of the most popular types of cuisine to enjoy in Hong Kong is dim sum, a collection of small dishes typically consumed in the morning.

For a quick meal on the go, you could stop at a cha chaan teng, a small street cafe, to enjoy a glass of milky tea, a steamed beef cake or a hearty bowl of noodles.

Of course, there is also a staggering array of world-class international fare ranging from traditional Cantonese to upscale Italian.

Part of Hong Kong’s appeal is definitely its versatility. Whether you are traveling on your own, with a loved one for a romantic getaway or with the entire family, Hong Kong certainly won’t be a disappointment.

Some of the many attractions suited towards families and children in Hong Kong include Disneyland Hong Kong, the International Hobby and Toy Museum, the open ferries that run between Kowloon and Hong Kong Island, Ocean Park Amusement Park and the Ngong Ping 360, a cable car located on Lantau Island.

As a successful travel agent, it is key that you know all about the best places around the globe for vacations. Hong Kong may just be the ultimate getaway for your clients who want culture, cuisine and an exciting atmosphere. Find out more about how you can become an independent travel agent with the support of a host agency to help you achieve success.