One of the major announcement faux pas’ heard around the world was when host Steve Harvey named Miss Columbia as Miss Universe 2015. But the crown actually belonged to Miss Philippines. To Mr. Harvey’s credit, he took responsibility for his mistake. Speaking of mistakes…It’s no mistake that the Philippines is where you’ll find some of the best diving and snorkeling in the world. From a variety of marine life to colorful coral, you won’t be able to resist a watery adventure that’s complete with ship wreckages. It doesn’t matter if you’re a beginner or advanced diver, there is something for everyone. Read on to learn more about diving and snorkeling in the Philippines.

Dive and Snorkel in the Philippines

Regular travelers to the Philippines often tell others about Apo Reef, which is located in the middle of the South China Sea. It’s the second largest coral reef in the world after Australia’s Great Barrier Reef. Apo Reef is two hours west of Sablayan via a Philippine outrigger boat (bangka). If you look closely, you may see dolphins leaping in and out of the water around it. You’ll find large quantities of fish including dogfish tuna. Off the reef, you’ll see barracudas and reef sharks. Nurse sharks, eagle rays, Hawksbill sea turtles, eels, and blue mackerel scad can be found in shallower water. Apo Reef is a diver’s paradise. However, snorkelers will be charmed by the shallows and may even see sharks.

Malapascua’s world-class diving and gorgeous beaches makes it Cebu’s most popular destination. Thresher sharks gather in the shallow waters of Monad Shoal, making it a highpoint for divers. However, you’ll also encounter all types of crabs and shrimps, giant manta rays and big fish. Whether you’re a beginner snorkeler or advanced diver, you’ll be able to see several ship wrecks including a few from World War II. If you visit Gato Island, a popular dive site, you may see sea snakes, whitetip sharks,
hammerheads (December to April), devil and marble rays, seahorses, and maybe even turtles whale sharks and even tiger sharks. Oh my! Keep an eye out for soft coral, too. When you visit Malapascua, keep in mind that in early November 2013, Typhoon Haiyan, known in the Philippines as Typhoon Yolanda, destroyed parts of it. Roofs were torn off and coconut trees were snapped in half. No fatalities were reported and most resorts rebuilt and reopened.

Padre Burgos is located about 3 kilometers beside the edge of Sogod Bay. It’s here that you will find some of the best diving in the world including deep wall, cave, and current. On your dive, you’ll see hard and soft coral and possibly whale sharks. They move through the area between January and April. To see them is a bonus since there’s no guarantee that they’ll be in Sogod Bay. If you have time, visit Limasawa Island. The Spanish first celebrated mass on March 31, 1521 and Christianised the country. Next to the mass site are 450 steps that lead to the commemorative Magellan’s cross. Glance across to Mindanao, Bohol and mainland Leyte. Afterwards, swim and snorkel in the small coves on the island.

Mactan, referred to as Lapu-Lapu, is a busy island of Cebu with plenty of all-inclusive-resorts and some of the best diving and snorkeling. Nearby sites range from beginner to advanced and include Kontiki Reef, Tambuli Reef and the Hilutungan Island Marine Sanctuary. Consider hiring a guide and taking a private tour. If you want to take a break from diving and snorkeling, you can always jet-ski, parasail, and windsurf and check out the aquarium in the Visayas.

Book Your Dive Vacation to the Philippines

Imagine traveling to the Philippines and diving and snorkeling some of the most pristine sites in the world. It doesn’t matter if you’re a beginner or seasoned diver. Not only will you get up close with schools of fishes and maybe even sharks, but you’ll explore the remains of ship wreckages, which are now watery graves. In addition to diving and snorkeling, you can dine on great cuisine, shop, relax on the beach, climb a volcano, and chat up friendly locals.

If you’re ready to book your Philippines vacation, call or email your Travel Planners International agent or consultant today. Fun for the entire family! 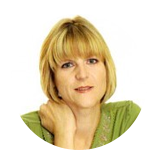