Intrepid travelers who are interested in seeing unexplored destinations that are still very much off the beaten track are often drawn toward Chilean Patagonia and its wild, scenic beauty.

As a travel agent, partnering with a host agency like Travel Planners International can be an excellent way to plan amazing getaways to Chilean Patagonia that include all of the following adventures.

At the very southern tip of all of South America is an archipelago known as Tierra del Fuego. Most of the islands within this archipelago are part of the mountainous Tierra Del Fuego National Park.

Technically, parts of the park are in Argentina, but most travelers will have no trouble going back and forth across the border. The park is home to forests, mountains, wetlands, cold temperatures throughout the year and seemingly endless rain.

In fact, Tierra del Fiego is often referred to as simply “The End of the World” thanks to its isolated location and mysterious atmosphere. For those who want to hike, spot native birds, see beavers craft dams, stroll along the isolated coast or even climb to the top of Cerro Guanaco, this destination is a once-in-a-lifetime experience.

Visit the City of Coyhaique 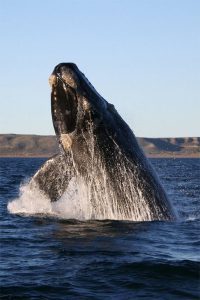 Although many people think of Chilean Patagonia as primarily rural, there are a handful of urban cities like Coyhaique, which is home to more than 55,000 residents.

Visitors to Coyhaique are often planning longer expeditions and use the city as a jumping-off spot or a place to gather supplies, but it is a wonderful spot for photographers as well as anglers.

Highlights of the city include the Coyhaique National Reserve, which boasts spectacular day hikes that don’t require guides or excessive equipment, as well as amazing, affordable restaurants serving up authentic Chilean and Argentinian cuisine.

Culture and History in Punta Arenas

Just north of Tierra del Fuego is Punta Arenas, a large port settlement located on the Strait of Magellan. The settlement was founded in 1848 with just a few men, but Punta Arenas is now home to 130,000 people.

Just as parts of the United States were once the Wild West begging to be explored, so too is Punta Arenas. Wildly fluctuating temperatures and ropes tied between buildings to provide support when walking may seem initially inhospitable, but they only add to the appeal for some adventurous travelers.

The biggest reason to visit Punta Arenas is for the scenery, which is virtually unmatched and worth the journey in its own right. In addition, the city is home to the Regional Museum of Magallanes, the southernmost beer brewery on the planet, the Museum of the Memories organized by the Patagonian Institute, lighthouses, historical monuments, national parks and several vantage points where you can spot whales right from the shoreline.

Many travelers who want to try something new look for travel agents with connections to a host travel agency that can recommend their next destination. For adventure, scenery and incredible memories, many travel agents suggest the incomparable location of Chilean Patagonia to their clients.